The Activated - Sludge process is a biological method of waste water treatment that is performed by a variable and mixed community of microorganisms in an aerobic aquatic environment. These microorganisms derive energy from carbonaceous organic matter in aerated wastewater for the production of new cells in a process known as synthesis, while simultaneously releasing energy through the conversion of this organic matter into compounds that contain lower energy, such as carbon dioxide and water, in a process called respiration. This consortium of microorganisms the biological component of the process, is known collectively as activated sludge.The MLVSS is maintained as 2500 - 3000 mg per Lt. The overall goal of the activated - sludge process is to remove substances that have a demand for oxygen from the system. 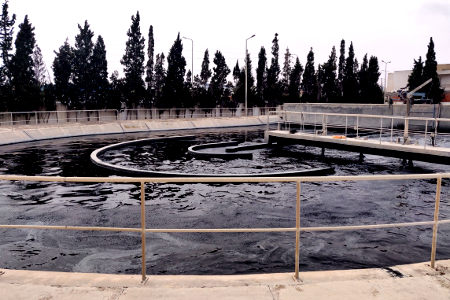 This is accomplished by the metabolic reactions (synthesis- respiration and nitrification) of the microorganisms, the separation and settling of activated sludge solids to create an acceptable quality of secondary wastewater effluent, and the collection and recycling of microorganisms back into the system or removal of excess microorganisms from the system. This is achieved by the efficient design of the Secondary clarifier and Sludge Re- Circulation System. Here are the different types of biological process: